The “Max-Weber-Haus”, originally “Haus Fallenstein”, may well have the richest tradition among professor houses in Heidelberg. Numerous esteemed academic figures reside here: the historian and literary scholar Georg Gottfried Gervinus, one of the “Göttingen Seven”, trade-law scholar Levin Goldschmidt, theologian and writer Adolf Hausrath, economist and sociologist Max Weber, theologian and religious scholar Ernst Troeltsch, theologian and religious psychologist George Wobbermin, constitutional law scholar Richard Thoma and Roman law scholar Ernst Levy, to name but a few. Built in 1846-47 by Georg Friedrich Fallenstein as a stately mansion vis-à-vis the Old Town and Heidelberg Castle, the building used to be surrounded by 3,000-square-metre park. After Max and Marianne Weber had moved in on the first floor in 1910, Sunday “jours” by the name of “Academic Society” formed, bringing together not only colleague professors but also aspiring younger scholars and intellectuals, such as Emil Lask, Gustav Radbruch, Karl Jaspers, Hans Gruhle, Georg Lukcács, Ernst Bloch and Friedrich Gundolf.

In 1919, the Webers relocated to Munich, where Max Weber died shortly after, on June 14th. Marianne then returned to Heidelberg. In December she was able move back to her former residence, where she would live up to her death in 1954. An influential figure in the non-socialist women’s movement as well as an author herself, she took care of Max Weber’s work and, with the help of her old friends, also reinvigorated the “jours”. From now, they went under the name “Geister-Tee” (“Spirits’” or “Ghosts’ Tea”) and regularly gathered a considerable number of people, including students and many women, for events with tea, a lecture and a discussion. It is said that altogether about 70 people met in varying groups. Now it was Alfred Weber, who, besides Karl Jaspers, played a distinguished role, usually opening the discussion after a colleague’s lecture.

In 1933, the circle had to withdraw from the public eye. Many of its regular attendees lost their licences to teach, or they even saw no alternative but to emigrate. Nevertheless, the core of the circle stayed together during the Nazi regime. It is hardly a coincidence that the “Committee of 13”, who in 1945 were preparing the reopening of the University, comprised no less than 6 people who had been members of the circle: Karl Jaspers Martin Dibelius, Walter Jellinek, Gustav Radbruch, Otto Regenbogen and Alfred Weber.

Marianne Weber continued her “jours” after 1945. When she died, the house lost its significance. Only visitors from Japan were asking about the building in which Max Weber is believed to have authored his most influential texts. Eventually, the unique history of this house was rediscovered, and Heidelberg University became entitled to use it. Today it is named after Max Weber; it hosts the International Study Centre. 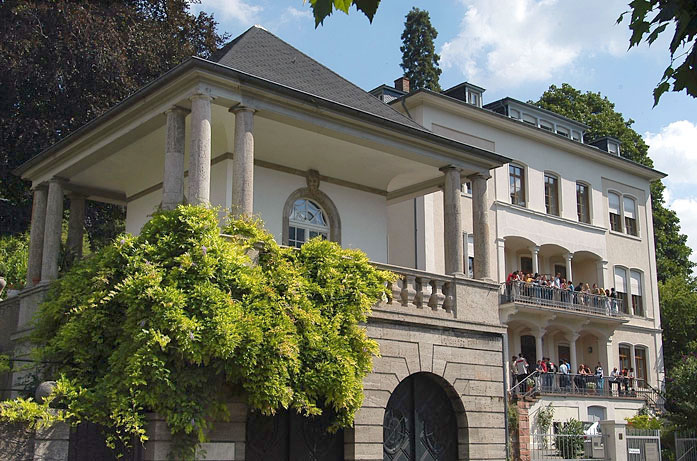 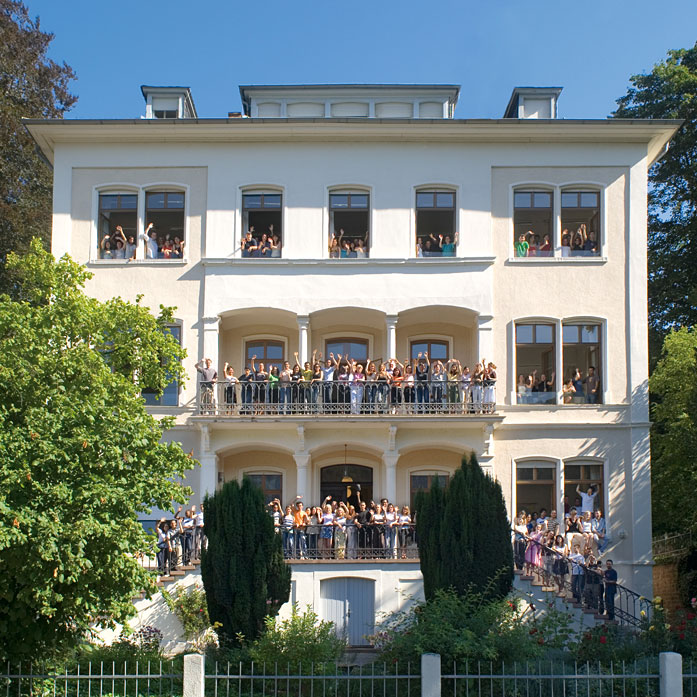 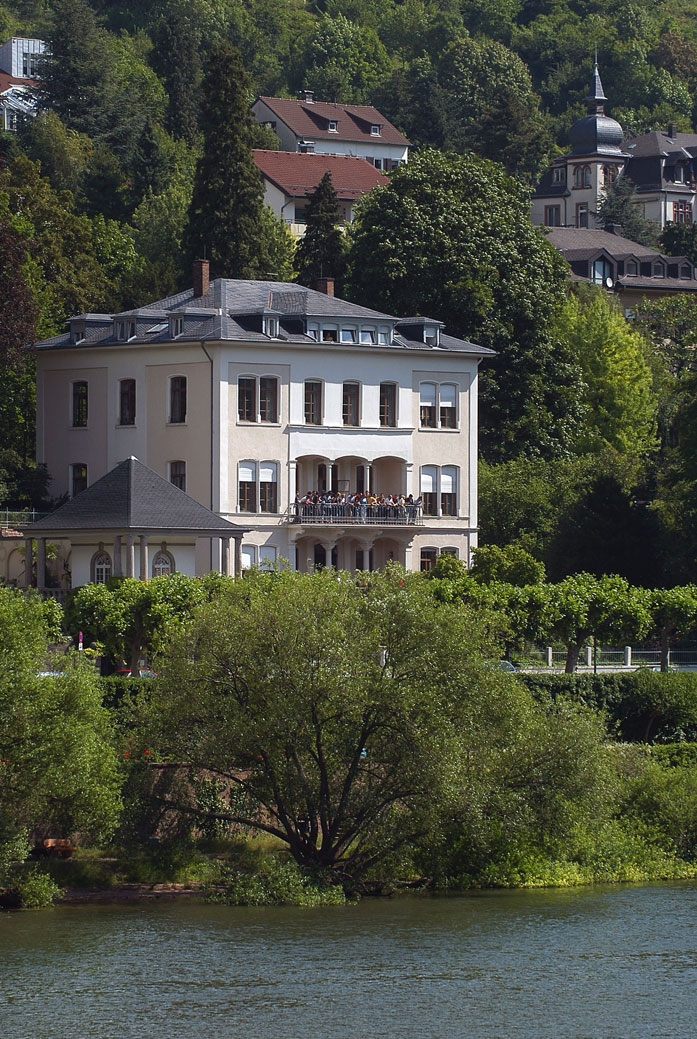 Max-Weber-Haus and the Neckar river 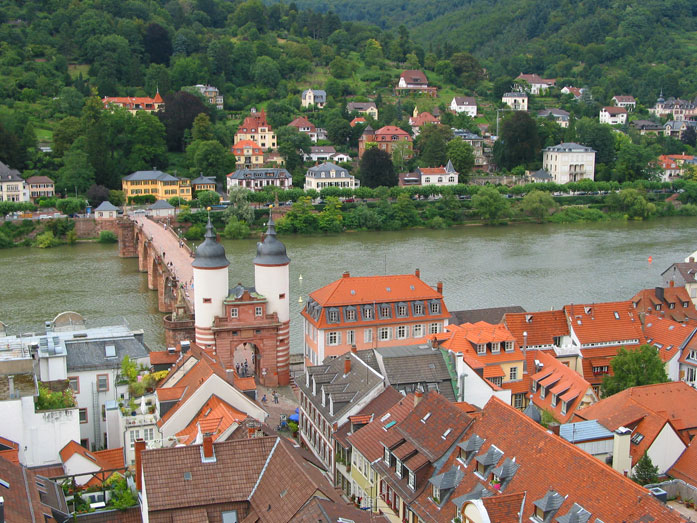 Looking at the Old Town with the Old Bridge and the Max-Weber-Haus in the background. 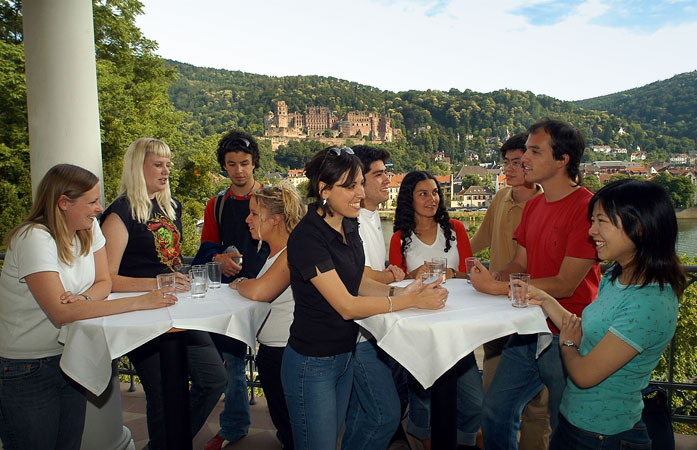 Terrace of the Max-Weber-house with students, the Heidelberg Castle in the background on the opposite side of the Neckar 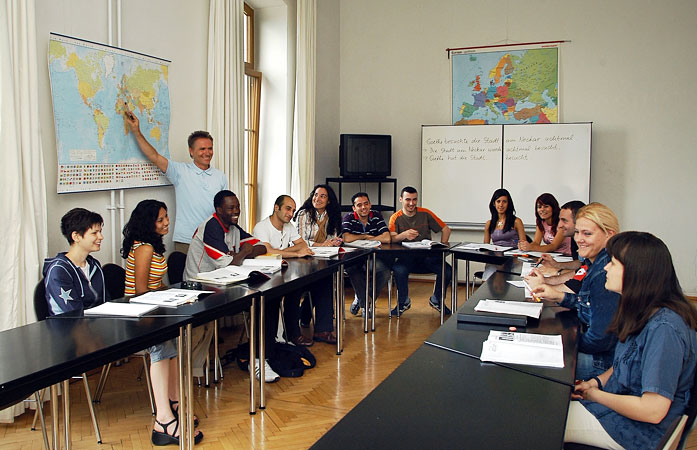 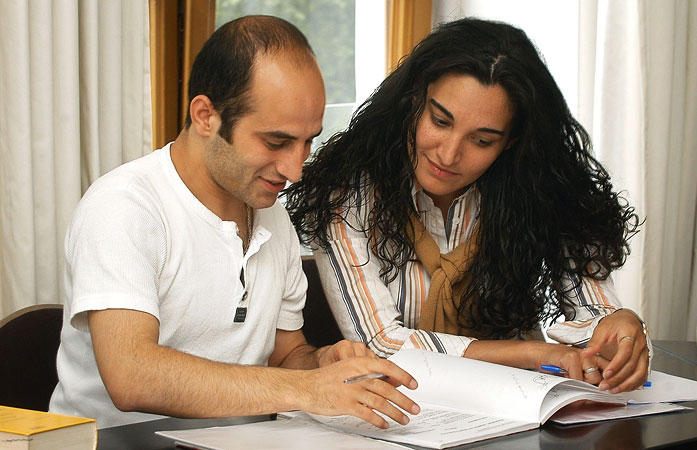 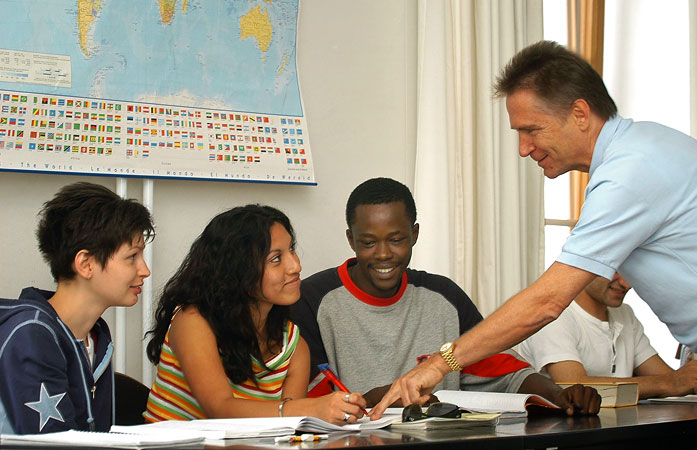